What is the FUTUREOF SEAWEED FARMING?

Surplus carbon dioxide is heavily concentrated in the upper layer of the ocean. This additional CO₂ contributes to excess heat that is driving marine heatwaves, changes in ocean currents, species migration and ocean acidification, the body of heat is roughly equivalent to five atomic bombs worth of heat going into the ocean every second.

Oceans have suffered some of the most egregious damage to the biosphere from excess CO₂. If left unchecked, these shifts in the ocean environment could lead an ecologic and economic cataclysm. For those in the aquaculture industry, it could mean trying to produce fish, crustaceans, molluscs and macroalgae in an increasingly hostile environment. For coastal populations in the Global South, changes in the ocean environment have dire implications for food security and local infrastructure.

The ocean is a critical part of the climate. The ocean crisis and the climate crisis are one and the same thing. They’re simply two sides of the same coin.

Humans have put about 30 percent of this excess carbon into the ocean and these changes will only continue as greenhouse gas (GHG) concentrations continue to rise. At this point, reducing overall concentrations of GHGs is essential and learning how the ocean can help reduce atmospheric carbon is the next practical step.

How can the ocean remove atmospheric carbon?

The ocean stores 50 times more carbon in bicarbonate and carbonate forms – like shellfish, seagrasses and seaweeds – in the bottom of the sea than what’s in the atmosphere today. This means that with minor tweaks that lead to increases in overall carbon storage, the ocean can make a huge dent in our collective carbon removal efforts.

Broadly speaking, the ocean cycles carbon in two patterns. One is chemical – where ocean water interacts with alkaline material to make it less acidic. Over millennia, these geologic processes allow the ocean to store carbon in safe forms in the benthic zone.

The other form of carbon cycling is biological – where photosynthetic organisms like microalgae, seaweed and mangroves capture carbon and keep it at the bottom of the sea. If carbon is stored in the seabed, it will remain inert and no longer contribute to global warming.

We have randomly engineered the planet to within the brink of disaster by pouring every waste product we’ve created into the biosphere. Now it’s going to take conscious intervention and conscious engineering to get ourselves out of this. The potential in this massive space is enormous. If the oceans can be effectively harnessed for CO₂ removal, we can collectively benefit from a healthier marine environment that sequesters atmospheric carbon while shoring up global food security.

We already know that Bio Fuels can be made from Seaweed, the problem is that it is not cost effective at the moment. However, in the not too distant future scientists will find a way of producing cheap bio fuels; and that's where the problems begin.
At the moment Seaweeds are used either for food, mainly in Asia, or as ingredients and additives for the food industry and cosmetics industry. When the bio-fuel breakthrough happens, the world will wake up to the fact that there isn't enough Seaweed grown to meet demand.

Between fifteen hundred and two thousand gallons of ethanol can be made from an acre of seaweed, whereas an acre of sugar cane can make just shy of a thousand gallons and an acre of corn can make just over four hundred gallons. Seaweed has the advantage of not having lignin, which is a chemical compound that makes up many of the secondary walls of some organisms. Because there’s no lignin, the seaweed can be broken down into sugar more easily.

Not only will the bio fuel industry need millions of tonnes of seaweed but close on its heels is the bio plastic industry, again stalling at the moment due to production costs. They will need similar amounts of seaweed to meet demand.

Other interesting uses include alternative acids, seaweed fibre as a substitute to cotton and nylon, biochar, an alternative to made made nitrogen fertiliser and medical wraps or bandages. 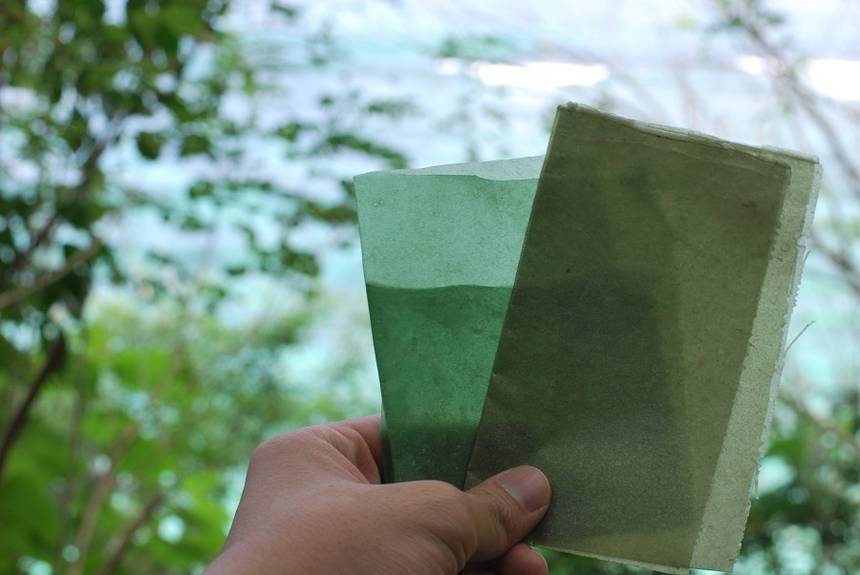 In an attempt to lower the use of single-use plastics in takeaway packaging, online delivery service Just Eat has announced a new UK six-week trial of seaweed-based sauce sachets for ketchup and garlic herb sauces. The Seaweed Sauce sachets, created in partnership with sustainable packaging development company, decompose in a matter of weeks.

In March 2020, Just Eat also announced a package of measures to reduce excess plastics included in UK takeaway deliveries. One of the commitments the business made was to work with key industry experts to invest in the research and development of innovative and practical alternatives for single-use plastics.

So where does that leave seaweeds grown for food and medicinal purposes?

Well the answer is simple, plan ahead and get the seaweed farms established. Let's start utilising sea space around our coast, for example the protected space between offshore wind farms are ideal for seaweed aquaculture and other aquaculture farms. It's also time to look at deep sea seaweed farms, away from the coast and farmed in much deeper water where it won't be affected by the winter storms.

Also floating seaweed farms, to grow different types of native seaweeds without the need to fix them to a permanent location and without the longwinded licensing processes. Floating farms are ideal for for farming of Wrack, particularly Bladderwrack, Knotted Wrack and Red Seaweeds. If you are interested in a floating seaweed farm please contact us.