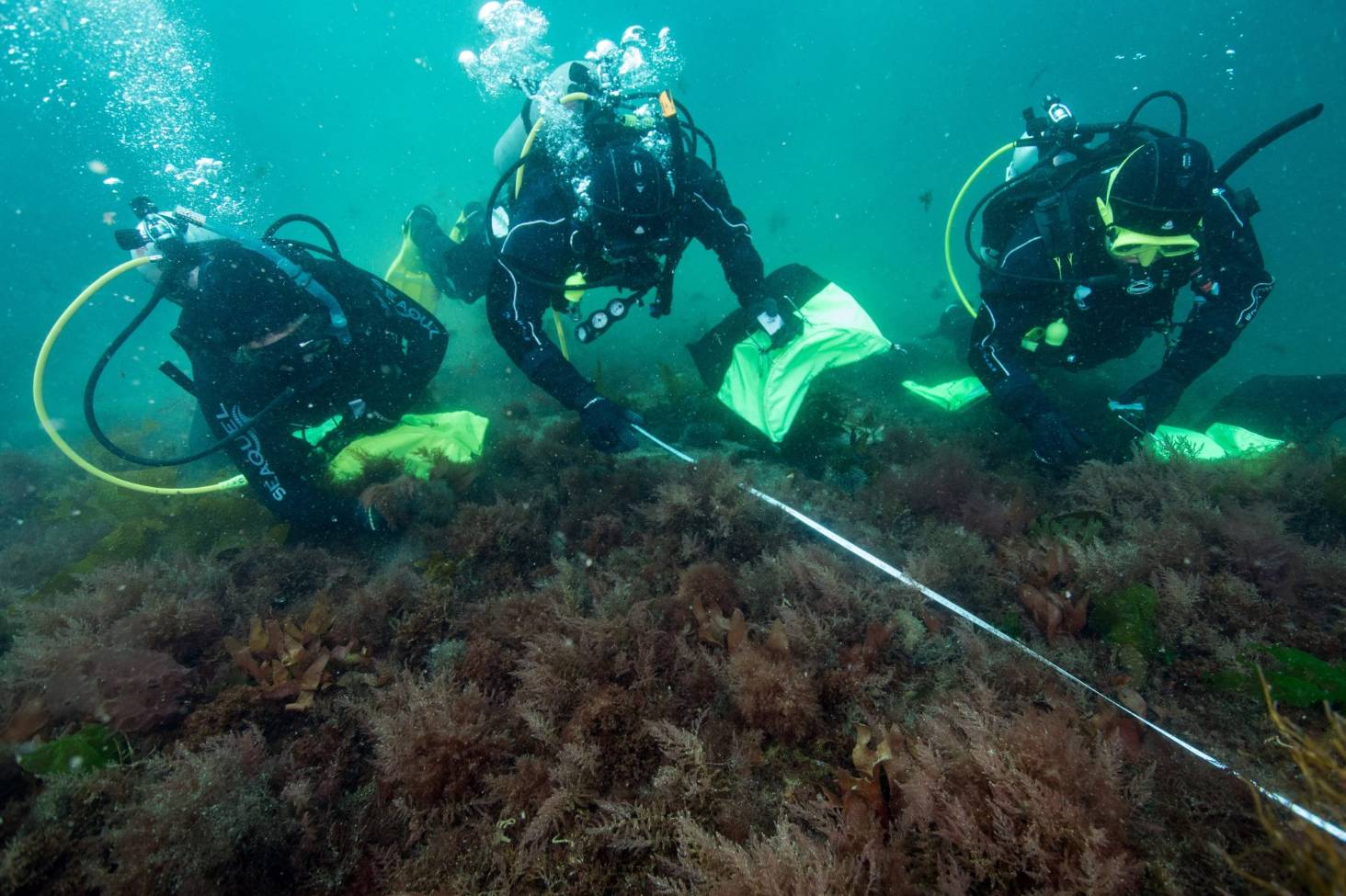 Seaweed and alternative Aquaculture farming across the world

Every journey starts with one step, and we've made that step. Our aim now is to expand our seaweed  farms around the British Isles and help seaweed aquaculture and alternative aquaculture projects around the Globe, either run directly by us or other individuals and private companies, working along side each other to promote the seaweed culture. highlighting its food potential, health and medicinal properties, and numerous other uses as well as the obvious benefits it brings to the oceans through absorbing carbon and nitrogen plus providing habitat and a nursery environment to other marine life forms.

Seaweed faming can provide a sustainable healthy food source easily incorporated into most foods or it can help clean up waters in harbours and estuaries. Seaweed farms or artificial seaweed reefs can help prevent erosion and provide habitat for all forms of marine life.

Looking ahead we want to establish seaweed farms around the globe, after all 70% of the planet is covered in water. In doing so we can help many coastal communities that struggle to live, by offering them a sustainable income, or to help poor communities currently hand harvesting wild seaweeds from rocks, which has a negative effect on marine life and the eco system and get them farming seaweed in a sustainable way. This could be done all around the globe in countries such as Chile, Bangladesh, Burma, Sierra Leone and South Africa to mention but a few.

Farm not forage: In the summer of 2018, the proposed wide-scale harvest of Wild Kelp led to a fierce row in Scotland, where environmental groups say the dredging of kelp forests could cause irreparable harm to marine life off the coastline because the plants play such a crucial role in preserving a healthy ecosystem.

Farming seaweed is the way ahead, utilising all areas of the coast. In ten or fifteen years from now there won't be enough seaweed grown to meet demand, seaweeds grown in the far east are now suffering due to warmer waters and pollutants from emerging industrial countries, the answer is to set up seaweed farms around the UK and European coasts, utilising our coast line in cleaner Atlantic waters.

Green Ocean Farming are now pioneering new technology to farm seaweed in deeper waters, away from land and government red tape. Utilising the vast expanse of the oceans to grow the crop of the future.

Seaweed for health. Can you imagine the health benefits for children and pregnant women in third world countries if we could add just three percent sea-farina to the tortillas, pitas and breads of the world? This would be a wonderful way of helping improve the health of general populations.

Alternative Aquaculture - Shellfish for Food and Carbon capture. Are we missing a trick?

Most sectors of the seafood industry will recognise this “institutional failure” whether it extends from the most recent post-Brexit red tape causing blockages of some UK exports to the EU, to persistent failure, around the world, to control overfishing in international waters. So, what does “We need to change how we think, act and measure success” mean for the industry? Well, we have a few suggestions which we explore in recent publications.

We have noted before that for the simple reason that about half the weight of a shellfish harvest is the shell and shell is made by removing carbon dioxide from the atmosphere and turning it into limestone (calcium carbonate) which can last for millions of years. But this is where we need to change how we think and act, because we need to change the paradigm to cultivate shellfish for their shells, developing a new generation shellfish farming aimed at whole-planet ecosystem repair and restoration.

Commercially grown bivalves are among the most sustainable forms of human food, so shellfish cultivation is the only industry on the planet that can massively expand without damaging the atmosphere. Furthermore, we estimate that a mussel farm sequesters three times as much carbon as terrestrial ecosystems retain.

A bivalve mollusc farming enterprise operating to cultivate shell in which atmospheric CO2 is captured and stored, also produces nutritious meat and while these molluscan ecosystem engineers are growing, they perform several other ecosystem services

Changing the paradigm allows the food value of the animal protein to be taken as one of the several ecosystem services that bivalve molluscs (and calcifying microalgae, that is coccolithophores) provide. But a bivalve mollusc farming enterprise operating to cultivate shell in which atmospheric CO2 is captured and stored, also produces nutritious meat and while these molluscan ecosystem engineers are growing, they perform several other ecosystem services (water filtration, biodeposition, denitrification, reef building, enhancing biodiversity, shoreline stabilisation and wave management). About 70 percent of the Earth’s surface is covered by water. We might as well use it sustainably to rescue our atmosphere, our planet, and ourselves.

A positive characteristic of calcifier farming is that it presents no conflict between using land to grow food crops and using land to grow trees, or as pasture for farm animals. There is no need for irrigation, feed, or fertiliser. Farming shellfish can be combined with restoration and conservation of overfished fisheries and usually involves so little intervention (beyond provision of habitats and, where necessary, protection of larvae and juveniles from predation (in nurseries) that there is no inevitable conflict with other activities.

As well as comparing shellfish farming with conventional terrestrial farming, we have also compared shellfish farming with the current artificial/industrial carbon dioxide capture and storage technologies being promoted today. These are technologies that extract CO2 from exhaust and flue gases and depositing the captured CO2 in geological formations. They are widely promoted as a means by which the fossil-fuel burning industries can comply with the Kyoto Protocol, completed in December 1997, that required industrialised countries to reduce their total greenhouse gas emissions to 5.2 percent below 1990 levels.

Carbon trading schemes have failed in their primary objective of ensuring significant reductions in greenhouse gas emissions because they are effectively ways to buy, sell and profit from the right to pollute

Unfortunately, carbon markets (or global emissions trading schemes) have emerged from this activity that many would agree have failed in their primary objective of ensuring significant reductions in greenhouse gas emissions because they are effectively ways to buy, sell and profit from the right to pollute. The critical question that needs to be asked is whether the future of humanity on this planet would be better served by markets based on global health rather than global pollution?

Our study brings home the fact that, even if you create an effective industrial carbon dioxide capture and storage facility, that is all you get: captured CO2, nothing else. We calculate that the paradigm shift we have referred to (cultivate shellfish for their shells) would make bivalve mollusc farming and microalgal farming enterprises, viable, profitable and sustainable alternatives to all the industrial carbon dioxide capture and storage technologies being promoted today.

We find that it is likely that twice as much oil and gas would have to be extracted simply to store the CO2 emitted by the current use of these fossil fuels. Furthermore, between the additional energy required for industrial CCS, the CO2 emissions during the process and its leakage during storage (the risk of which certainly increases with the years), we consider that widespread use of CSS would be like being blindfolded on the edge of a precipice and taking a big step forward!

We also believe that there is scope for greater use of the High Seas to replace forage fish with mussels in the diets of farmed fish and produce the increasing amounts of food that will be required by the growing human population, whilst at the same time pulling down carbon from the atmosphere

We also believe that there is scope for greater use of the High Seas to replace forage fish with mussels in the diets of farmed fish and produce the increasing amounts of food that will be required by the growing human population, whilst at the same time pulling down carbon from the atmosphere with bivalve cultivation. The vision is to preserve the oceans as a healthy and sustainable food source for mankind by emphasising conservation and ecosystem balance beyond coastal waters. The plans are for huge (centralised) bivalve mollusc farming facilities on the High Seas, using factory ships and offshore factory rigs (re-purposed disused oil rigs?) located on seamounts outside Exclusive Economic Zones and employing Perpetual Salt Fountains on the flanks of the seamount to bring nutrients to the farms. If properly designed (and the design and building capabilities exist throughout the offshore industries around the world), this will immediately provide (i) feed for animals and food for humans, (ii) sustainable marine ecosystems, and (iii) permanent atmospheric carbon sequestration in the form of reefs of bivalve shells. 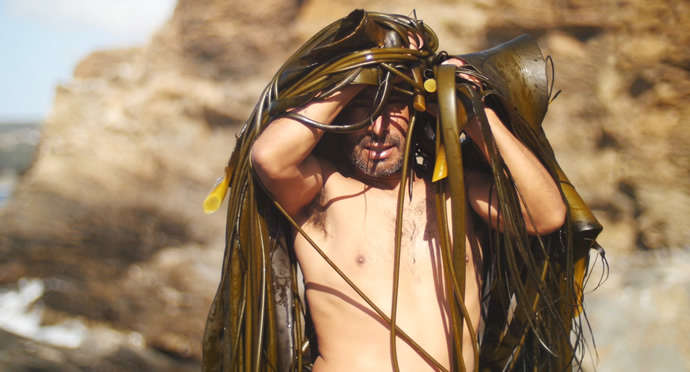