Promoting Seaweed and all its uses across the Globe

We are carbon negative, are you? 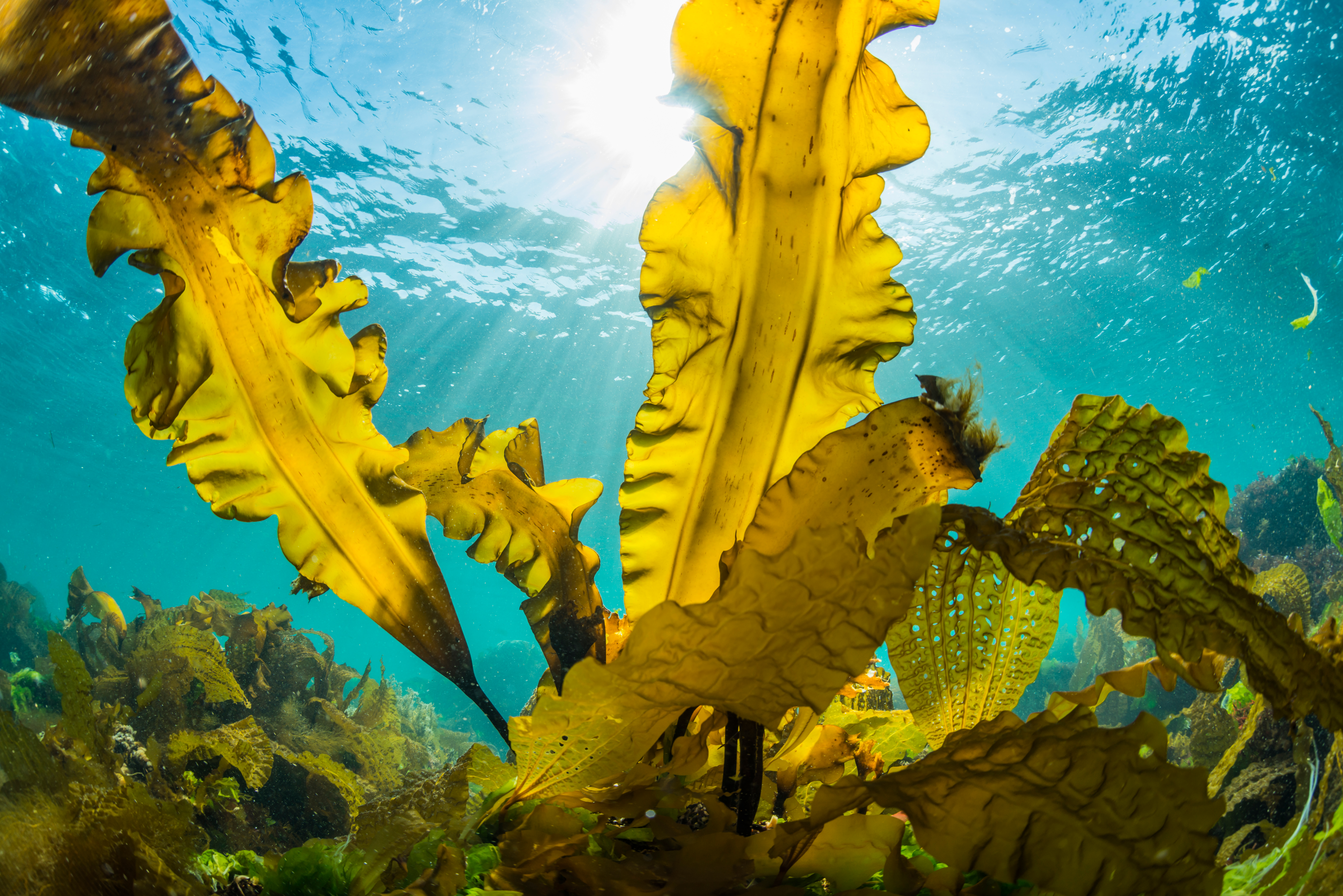 An understanding of the natural world is a source of not only great curiosity, but great fulfilment… Many individuals are doing what they can.  But real success can only come if there is a change in our societies and in our  economics and in our politics:-  Sir David Attenborough

Green Ocean Farming promotes global seaweed farming and restoration, we aim to make seaweed (sea vegetables) a realistic and healthy alternative to meat and intensively farmed land vegetables, both of which require large amounts of precious fresh water and in the case of arable crops, lots of man made fertiliser.

We promote the goodness and health properties of seaweed in all its forms, which will be a much needed source of food in the not so distant future, if mankind is to survive.

By farming the seaweed on ropes and nets around our coast and not cutting wild seaweeds from rocks, we are able grow a sustainable healthy and tasty food product for human consumption as well as providing refuge and habitat to marine life in our oceans.

There is no waste with seaweed, if it doesn't go into the human food chain it can be used as animal feed, or processed for various extracts, made into textiles, bio fuel, bio plastic and bio char as a soil improver or more recently made into HTC also know as Hydrochar, a method of making fertiliser from seaweed, retaining up to 95% of the carbon within the seaweed. The world is running our of phosphagen and nitrogen for fertiliser, HTC is an eco friendly way of replacing nitrogen fertilisers. No fertilisers = no food.

Our seaweeds also help the ocean in which it grows, as in green plants, photosynthesis enables seaweeds to convert sunlight into chemical energy, which is then bound by the formation of the sugar glucose. Glucose is the building block for the seaweeds’ carbohydrates and, at the same time, an energy source for the production of other organic substances that the seaweeds need in order to grow and to carry out life processes.

The photosynthetic process absorbs carbon dioxide which is thereby removed from the water and known as Carbon Sequestering. In addition, phosphorous, a variety of minerals, and especially nitrogen are absorbed, Oxygen is formed as a by-product dissolved in the water, and then released into the atmosphere. This by-product is of fundamental importance for those organisms that must, like humans, have oxygen to be able to breathe. Photosynthesis can even, to a certain extent, be carried out when seaweeds are exposed to air and partially dehydrated.

Kelp and Ulva helps clean up some of the nitrogen pumped into our rivers and oceans from human activity. Indeed, kelp captures and holds unwanted substances that lead to hypoxia and algal blooms, harming aquatic life. Compared to land crops, seaweed requires no watering, no fertilizer, and no ploughing. 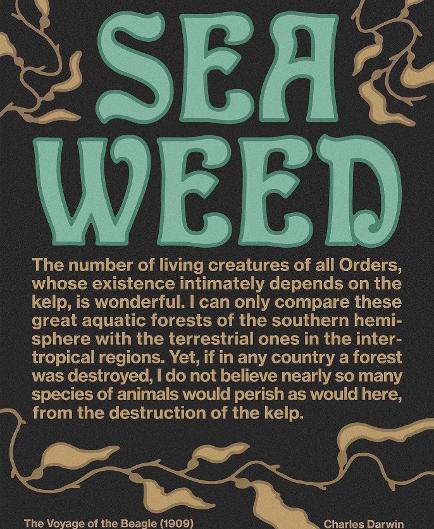